Performance testing to improve your greens 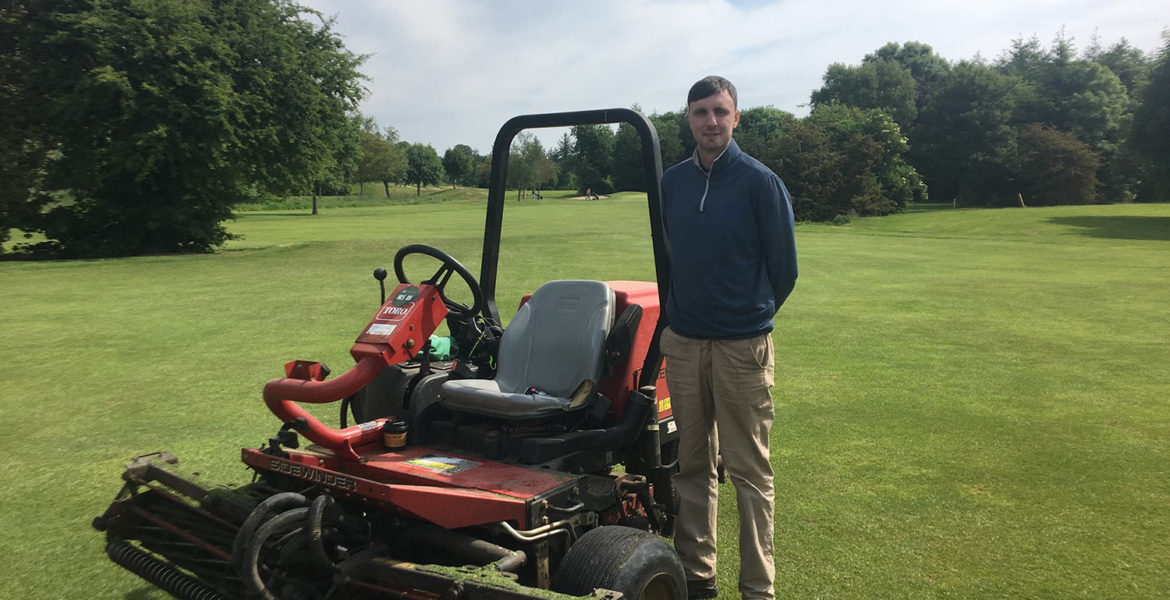 Comments Off on Performance testing to improve your greens

PERFORMANCE TESTING TO IMPROVE YOUR GREENS

Creating or bringing the perfect golf green to their optimum condition is the ambition of most golf course managers throughout the country. What defines the perfect golf green though? There are a number of motives, be they positive or negative which impact this topic. Having true, smooth, fast and firm greens sounds ideal, however, one must look at budgets, staffing resources, effects of environmental conditions, membership age, pace of play and overall enjoyment. These are but a few of the factors for turf managers to consider and to make decisions on. Turf managers are faced with tremendous pressures with increasing standards in the industry and also exposure of major golf competitions on television. Major golf competitions generally have playing surfaces which are at their peak condition, and this can give false pretences to golfers as it is unsustainable and uneconomical to maintain those standards year round.

Assessing green speeds, firmness, trueness & smoothness, moisture content and also organic matter are many of the interpretations in which are measured against industry recommended benchmarks.  From these findings, one can identify areas to improve and make recommendations for continual improvements across the putting surfaces.

Carr Golf’s Regional Superintendents perform regular site visits to each venue to ensure that standards are continually met throughout the year.

Carr Golf makes sure that we:

Visits, incorporate the Carr Golf Maintenance Programme where performance measurements are taken and recorded to establish the current state of the course. The results form the basis for the development of a structured and targeted maintenance plan.

Greens firmness is measured using, a clegg impact hammer. It calculates how firm the greens are. The 2.25kg hammer is raised to a height of 18 inches operating within a vertical guide tube and dropped. Once dropped this reading measures the speed of deceleration upon impact of the greens surface. The measurement unit is determined in gravities (g). Aiming for between 80 – 130 gravities.

Soil moisture meters are used to measure the percentage of volumetric water present in the soil. Depending on the desired surface or rooting depths, probes can be used at different depths to indicate separate moisture readings. Aiming for 15 – 30% moisture.

Ball roll characteristics of putting surfaces is critical. The roll of a ball should be smooth and true and not negatively influenced by the immediate turf surface. The Trueness Meter accurately measures the smoothness and trueness of golf greens with the technology able to track the vertical and lateral movements of golf balls across the surface of the course. This enables us to measure surface quality and quantify improvements on the greens. Smoothness is a measure of vertical deflection or “bobble”, whereas trueness is a measure of lateral deflection or “snake.”

Green speeds are measured using a stimpmeter, and they measure by the influence in which a ball will roll on a flat surface. The stimpmeter is raised to an angle of 20 degrees and 3 golf balls are released individually. A marker is placed where the ball is released from the stimpmeter, and another marker placed where the ball comes to a complete stop. It is the average distance the balls roll, measured in feet. This process should be completed in the opposite direction and the overall average is used to indicate the speed of greens.
A digital slope scale is also very beneficial when selecting a stimp location. As described a flat area must be used, this cannot be determined from the human eye accurately and it is advised to use a digital slope scale. One can all get hung up on green speeds; a good green doesn’t need to be super-fast to be great. If all the measurements above are in target range, then there shouldn’t be any problem at achieving a nice putting surface.

Organic matter is a natural component of all soils and rootzones but it is important that its presence in upper layers is not excessive. If there is too much it can lead to moisture retention and surface softness. Furthermore certain grass types, particularly annual meadow grass (Poa annua), produce a particularly water retentive type of material, rich in cellulose, of which there does not need to be excessive amounts for organic matter to cause problems. In contrast the finer grasses tend to produce a woodier type of organic matter which is nowhere near as water retentive. Therefore greens with a high content of finer grasses can tolerate higher organic matter levels without softness becoming a problem.

The Carr Programme, which records and collects data and benchmarks for golf greens, has been extremely valuable and as it continues over the next few years will yield further interesting information and no doubt show further progress for those involved. However there is no hiding the fact that the data as a whole shows a need for further improvement. We must improve in all surface performance categories, but particularly in the areas of organic matter management and firmness. How this is achieved is the key question, but our belief is that performance measuring in a regular, structured manner should help protect greenkeepers, and their courses, and provide the evidence to allow them to do their jobs unimpeded by short term agendas.